Federal Liberal propaganda doctors concocted a press release last week pretending that the Liberals are protecting Victoria and Vancouver and the Salish Sea and their inhabitants from a TransMountain bitumen spill. Read between the lines. The Liberals have cut the Canada Coast Guard out of the picture. Western Canada Marine Response Corporation – an  outfit owned and operated by the oil companies themselves – good capitalists all WCMRC will spend more time saving money for their owners than really worrying about really cleaning up a real oil spill. Hopefully the Trudeau’s TransMountain Pipeline boondoggle will die a natural death.

END_OF_DOCUMENT_TOKEN_TO_BE_REPLACED

Adding to The Gross National  Product

THE OLD TIMER FROM PINCHER CREEK

Researchers at the University of Washington five years ago found that – all over the world –  in the 33 years before 2014 children’s obesity shot up 47.1% and obesity shot up 27.5% for humankind overall. The highly respected medical journal, The Lancet, published those findings. To my knowledge, obesity hasn’t improved these last five years.

My doc says its carbohydrates and sugar that cause obesity and he referred me to a YouTube Video for doctors – Low Carbs for Doctors by Dr. David Unwin. Of course, Big Food (who peddle carbohydrates because they’re cheap to produce) and Big Pharma (who promote obesity because they can sell more pills to obese sick people) tell the booboisie  not to worry about carbs – worry about fatty food, say they. Big Food and Big Pharma are deliberately lying and their bosses should be treated like tobacco merchants and thrown into jail or worse. Obesity causes no end of sickness and cost.

Amazon’s founder’s wife just cashed out of the marriage game and pocketed $37 Billion. But she’ll give 1/2 away (she gets to decide who to). The  poor still won’t inherit the earth – she’ll keep the other half!!!!!

I bet there’s better things to do with $37 Billion. Many kids don’t get enough to eat. Pharmaceuticals and college cost a mint. Many kids are poorly educated. There’s still potholes and beggars all over the streets of Canada. Etc. … etc. …

And should rich kids get to inherit their parents gotten and ill-gotten games? Couldn’t wealth be kept inside the enterprises that created it and not dumped out to the so-called “owners” of the enterprises or their estranged spouses?

“What can’t a $Billion buy?” ask the Vlog Brothers and Bill Gates. Bill’s giving away 1/2 too (maybe more) but to whom he chooses. He gets the pontificating rights and to keep what’s left over.

Last Friday, amidst the sound and fury of the inquiry into goings on at the B.C. Legislature, a reader wrote the Victoria Times Colonist:

“Lost in the conversation is the role of the press in this saga. James worked at the legislative assembly for decades. Was the culture of entitlement and lack of accountability a new phenomenon? Was the fact that the Legislative Assembly Management Committee never met not news?”

We notice too that pontificating from the pages of the Times Colonist and knowing everything about everything is Gwyn Morgan the Prince of Hear No Evil/See No Evil Right-Wing economics. Morgan was Chairman of the Board of SNC Lavalin when the company played footsie with Muammar Gaddafi and Dr. Arthur Porter. Despite being the one-time poster boy for Canada’s Horatio Alger set, Morgan didn’t know nothin’ about nothin’ in SNC’s  Corruption Department. He lives retired in the most expensive home on Vancouver Island.

Southwest Airlines. But Gucci shoe clad airline executives hated the model. Southwest flies only one airplane – the Boeing 737. It isn’t big and it isn’t sexy. But only one plane means only one set of parts and one training program for air and ground crews. WestJet shareholders fought off the Guccis for some years. And WestJetgrew and grew. Then the Guccis took over. Big airliners. Expensive ground facilities. And it’s shown. The profit shareholders make from Southwest is almost twice as high as what shareholders make from WestJet (a price/earnings ratio of 12.12 versus 22.49). West Jet should be worth 5 Billion Dollars – a hedge fund is picking it up for only 3.5 Billion.

The Hill – a Washington, D.C. webpage and newspaper  says that – before last November’s election:

And 62% of Independent Voters were Moderate.

Obviously the Democratic Party would be foolish not to select a Moderate. But 24% of voters who are Liberal (“progressive”) believe that America is broken and needs to be fixed and a Moderate like Joe Biden won’t do it. America needed fixing in 1932 too. But master politician Franklin Delano Roosevelt did that by pretending to be a Moderate – running for the presidency by, for example, promising to balance the budget but – after being elected – turning on a dime and bringing in the truly radical, budget-deficiting New Deal that saved America from collapse and made America the World’s greatest nation.

Elizabeth Warren wants the U.S. to adopt Canadian-style health care and to purge or destroy Wall Street. Both need doing but both are not Moderate proposals. Joe Biden is 76. Warren is only seven years younger but might be tempted to gamble on Biden not surviving eight years in office.

Is a Biden/Warren ticket possible? One Washington State Democrat we know says that Biden is tarnished by his many years as a Delaware politician – Delaware is the home of many a U.S. corporation and big bank – and Warren may not want to bed down with Biden. Some of Biden’s corporate friends might abhor the thought. CNN thinks their bad blood runs deep. But politics finds strange bed-fellows. 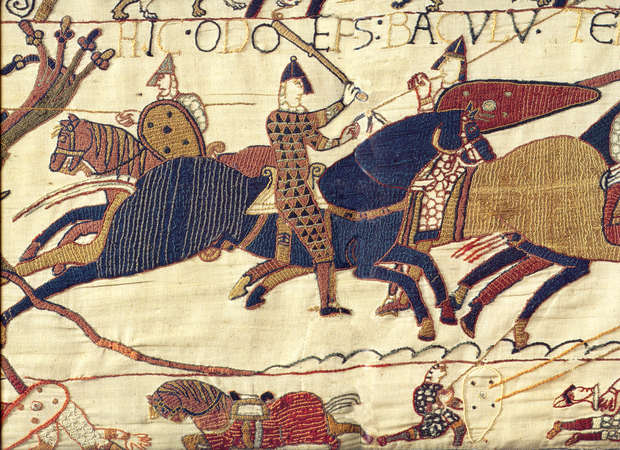 The Lady That’s Known as Lou

This week’s news from Sri Lanka and Saudi Arabia got me thinking aplenty about religion and religious leaders. William the Conquerer made his brother Odo a bishop. Odo – being a Christian  Bishop –  could not carry a sword.  Pope Alexander II – the first undemocratically elected pope – allowed Odo could use a large club – which the Pope Christened “The Holy Ghost” – to beat the brains out of many an Anglo Saxon at the Battle of Hastings. Odo commissioned  an illustrated history of the battle – The Bayeux Tapestry – preserved miraculously and now on display at Bayeux in Normandy. William stole Dover Castle and the entire County of Kent – handed it over to to Odo. Odo stole plenty himself – even from his brother the Conqueror. Odo was a marketing genius and probably invented Purgatory. We don’t know if Odo messed with women. The Tapestry is beautiful and even a cynic would say that Odo did (some) good. god rest Odo in Holy Peace. amen.

Jason Kenney put Humpty Dumpty together again. Once Kenney united the Right – the writing was on the wall – but only pudgy little disciplined political genius Jason Kenney. Since Sir John A. Macdonald – maybe William MacKenzie King (he resembles King but is a better speaker and has a smaller ego) – no politician has matched him.

END_OF_DOCUMENT_TOKEN_TO_BE_REPLACED 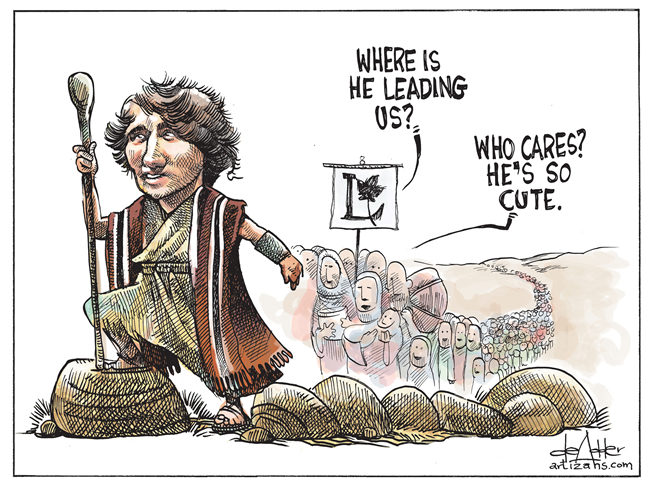