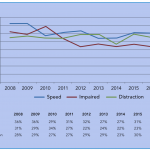 Some years ago, drunk drivers were murdering a huge number of B.C. citizens. Political Ponticus Pilots protected judicial Ponticus Pilots by passing a law that took away a driver’s right to trial – to save expense, they said. They turned it all over to the police – they created a police state by appointing the kops judge and jury and liquidating trials. Kops will be kops and they loved it. But kops will be kops and have quickly abused their powers. And finally the lawyer for one woman is taking the Police State Law to court and eventually she’ll succeed and the politicians and judges will be back where they started and maybe society will realize that the judges must crack down on lawyers and judges – by, for example, not allowing lawyers to run the wheels off cases. When Chief Justice Campbell McLaurin of the Supreme Court of Alberta encountered stalling he admonished the lawyer doing it with “And B.S. to you!!!!” – he would often throw the lawyer in jail for contempt of court and double the sentence of his client. My colleagues and I were scared of the Chief but he never sat on a case that lasted more than a day.

B.C. politicians brought in the Police State provisions in 2008 and they started to operate from 2012. Perhaps they reduced drunk driving murders. But not nearly enough.