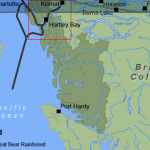 Tanker port potential on the Pacific

Prime Minister Justin Trudeau wants to ban the export of crude oil from our Northwestern coast. That makes absolutely zero sense.If Mr. Beyond Reason wants to ban the export of crude oil he should ban export from all Canadian ports. But his Bill C48 would ban export from only Pacific ports north of Vancouver Island. In Justin’s Beyond Reason World, Its fine to risk spilling crude onto the beaches of Vancouver or Victoria but not into the open Pacific beyond our shores where is can more easily be diluted. If there is any reason behind C48, it is only to give the International community the fuzzy feeling that the guy with the good hair is  a crusader against International climate change. And of course – under C48 – the only way Canada can export crude westwards is via the infamous Kinder Morgan Pipeline to export  crude

A C48 type tanker ban has been a glimmer in the eye of former Minster of the Environment David Anderson ever since Anderson talked Justin’s revered dad Pierre into adopting it as an informal “policy” in the father’s give-the-West-the-Finger days. Even Pierre was too smart to convert  a tanker ban into law. But  Anderson is a Trudeau “family friend” – like the Aga Kahn, the benefactor of Justin’s Xmas Holidays.

On May 9 a sheepish Liberal Party passed  Bill C48  in the House of Commons. The Senate has given C48 second reading but not  important third reading. There’s no Liberal Party caucus in the Senate. The Senate is on its own. It must say no to C48.

Building a Pipeline with Silver Spoons